The topping out event culminates nine months of structural steel work on the New Terminal site, an effort which began in April 2020 amidst the early stages of the COVID-19 pandemic. Despite a challenging and unprecedented year, ironworkers installed 12,000 pieces of steel to form the New Terminal’s superstructure, reaching this significant milestone safely, and on schedule.

Traditionally marked by a project-wide ceremony to recognize the men and women who have worked to move the project forward, the topping out at KCI took on a new form due to heightened safety protocols on the jobsite. During the event, craftworkers were treated to socially-distanced grab-and-go Kansas City barbecue lunches and specially-designed t-shirts, as well as a raffle with nearly two dozen prizes donated by project stakeholders.

“Today’s ceremony is an opportunity to salute the men and women, who are helping us build, for their dedication to their craft and to this project during such an extraordinary time,” said Mark Goodwin, Vice President with Clark | Weitz | Clarkson. “A year ago, none of us could have imagined the challenges brought on by the pandemic. Our partners have truly stepped up over the last 10 months, demonstrating that Kansas City has the best talent – and people – to deliver this project.”

Close to 80 percent of workers on the project hail from the Kansas City metropolitan area. Tradespersons have logged more than 1.1 million work hours on the project leading up to the topping out of the steel structure. Of those workhours, 20.14 percent have been performed by minorities and 7.5 percent by women, surpassing the project’s workforce participation goals of 20 and 2.75 percent, respectively.

The New Terminal team also reflects the strong results of the Workforce Training Program — a development initiative designed to connect Kansas Citians to careers in the construction industry. To date, the program has provided 67 graduates with the training necessary to begin careers in a variety of construction-related jobs on the project.

"On behalf of Kansas City, I want to offer my sincere gratitude to all of the KCI craftworkers for the excellent job they are doing to deliver a world-class airport to our community,” said Kansas City Mayor Quinton Lucas. “Their pride in their work and steadfast dedication have been evident as we’ve watched them build this state-of-the-art airport terminal.  I thank them for all they are doing and we're so excited to see this project come together."

Just as members of the community virtually signed a steel beam that was hoisted into place on the New Terminal last month, craftworkers and project management professionals also took turns signing one of the final beams on site, memorializing their role in the largest single infrastructure project in Kansas City’s history. That beam has now been installed.

To follow the latest in construction on the New Terminal project, visit BuildKCI.com. 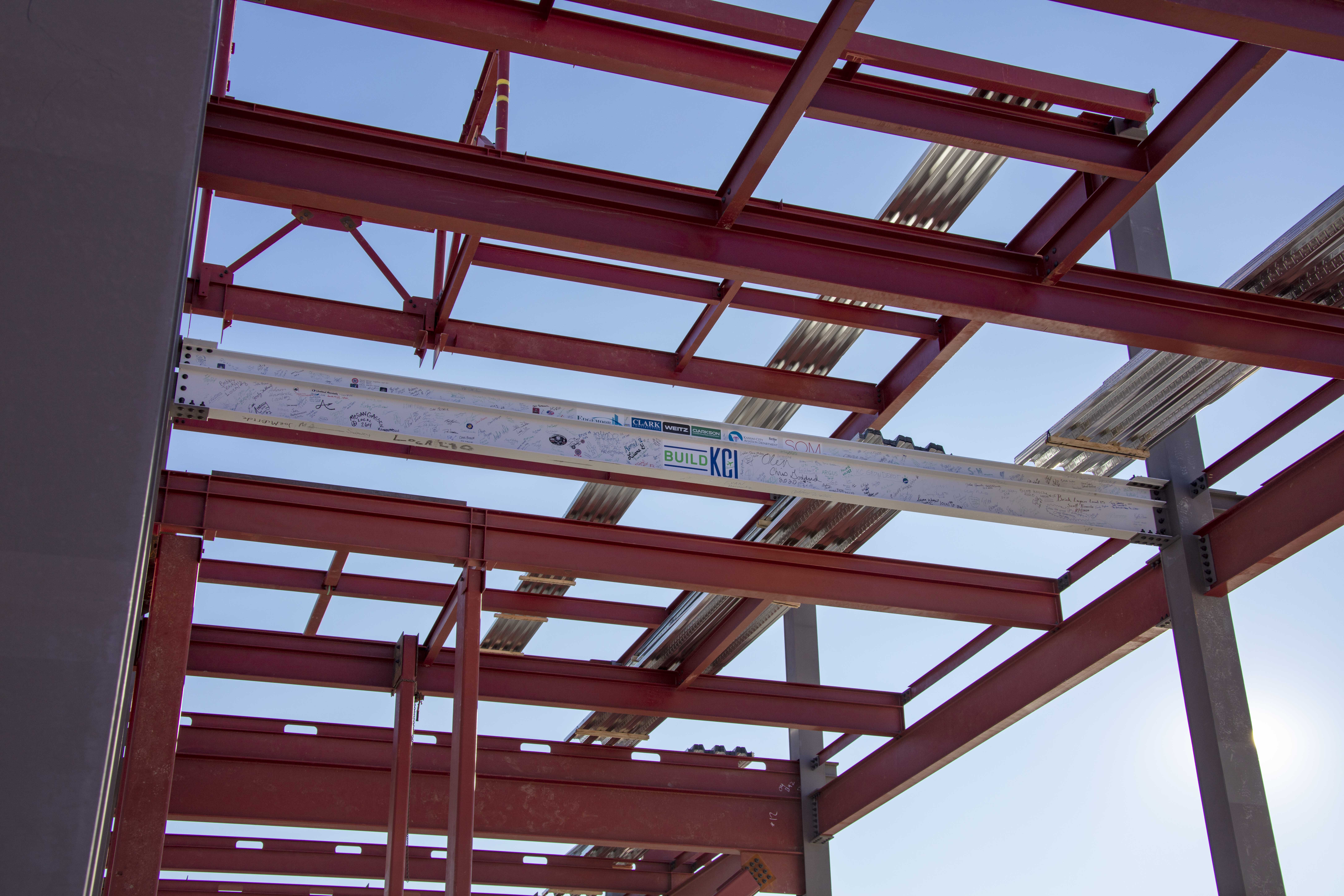