On July 29th, the Plenary-Edgemoor Civic Partners team celebrated the completion of the Long Beach Civic Center with a grand opening to cut the ribbon and unveil the new buildings to the public.

This significant milestone was the result of collaboration and hard work from the team throughout the past five years. During the event,Mayor Robert Garcia noted that the new City Hall “represents not only the home of our local democracy, but a symbol of our future.”

Edgemoor would like to extend a congratulations to the entire team, as the progress on this transformative project marks a huge success for the City of Long Beach. The project ranks among the largest public-private partnerships (P3s) of its kind on the west coast, coming just a few years after the successful delivery of the Governor George Deukmejian Courthouse – delivered by many of the same team members, blocks away from the Civic Center.

“It has been truly exciting to see Long Beach lead the way in innovative delivery methods, allowing its major public buildings to attain the best value for the citizens of the City,” said Edgemoor Vice President Jamie Martin. “The City and Port staff along with their consultants and advisers were the utmost professionals in forming the transaction that moved this project forward with such great success. The dedication and ribbon cutting of the new Long Beach Civic Center is not only a momentous occasion for the City and its citizens, but it also marks ten years of Edgemoor’s involvement with significant redevelopment of downtown Long Beach.”

This past June, the team delivered the project two days ahead of schedule – a great accomplishment for this complex civic center, which includes a 274,000 square-foot City Hall, a 237,000 square-foot Port Headquarters, a 92,000 square-foot Main Library, and new below-grade parking facilities. It stretches across six city blocks and includes roadway and pedestrian improvements, and the future revitalization of the historic Lincoln Park. 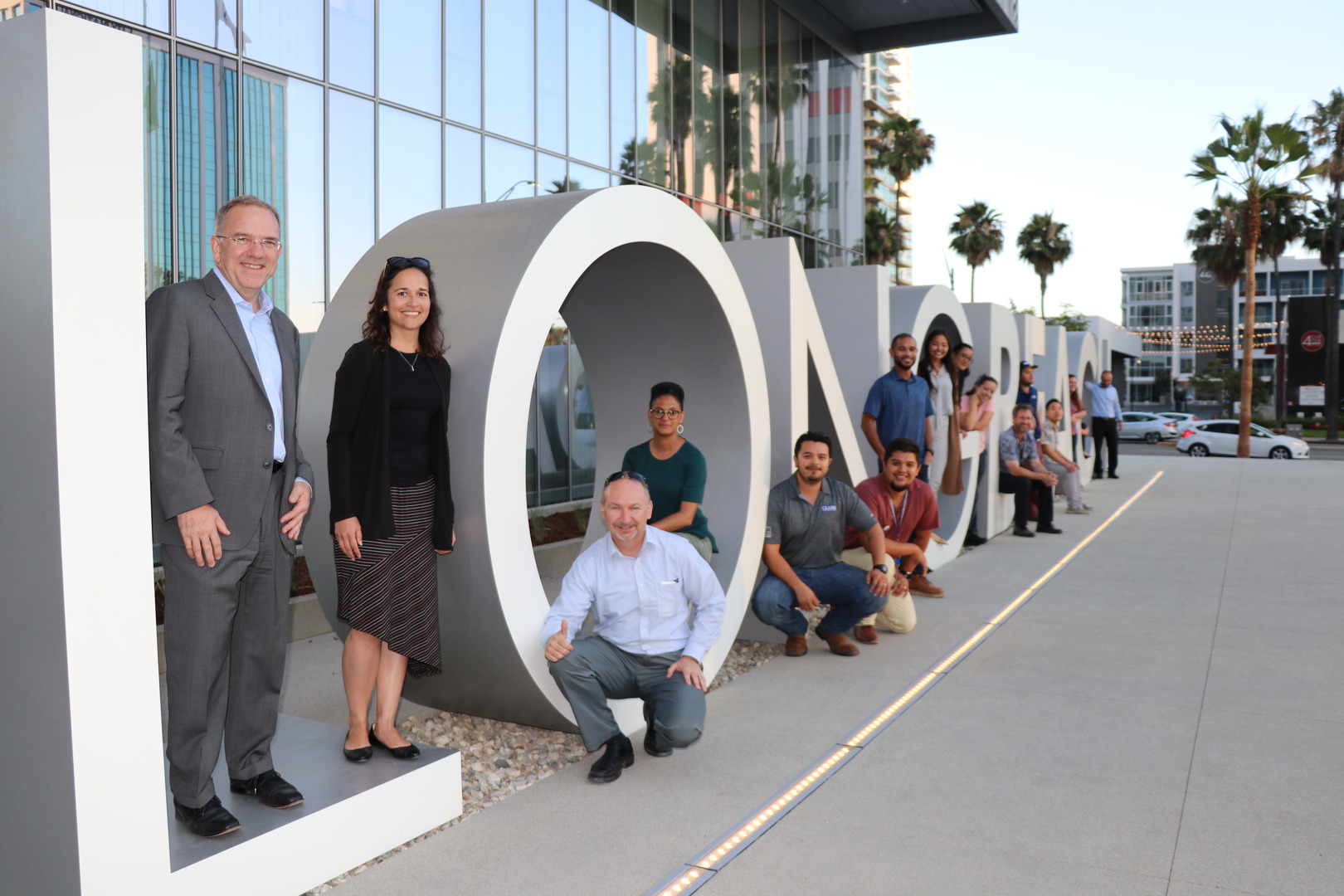