‍KANSAS CITY, Mo.  Edgemoor Infrastructure & Real Estate and its design-build partner, Clark | Weitz | Clarkson, have received national recognition for keeping diversity, inclusion and human equity at the forefront of the New Terminal Project at KCI. The project leaders have been named by Profiles in Diversity Journal® among this year’s Top 10 Innovations in Diversity for 2020 award winners (Page 71).

When Edgemoor was selected to lead the development of the new $1.5 billion airport terminal at Kansas City International Airport, it promised the project would reach historic and transformative levels of diversity, spurring economic growth for minority and women-owned businesses.

“We are honored to receive this national recognition for rolling out programs that remove barriers typically impacting small, disadvantaged, minority and women-owned businesses from securing contracts to work on projects of this magnitude,” said Geoff Stricker, Edgemoor Senior Managing Director. “Our goal has always been to drive long-term growth and prosperity of diverse businesses in KC.”

The Edgemoor team has added more than 110 MBE and WBE partners to the New Terminal project roster since the start of procurement in 2018 and has awarded $282 million in contracts to these firms of the $950 million of work to be subcontracted on the project.

Among the programs the Edgemoor Team has implemented on the New Terminal Project at KCI that earned this national recognition include:

Pay Without Delay program to ensure firms are paid within 14 days for their completed work.

KCI Supplier Support program, which allows M/WBE contractors to leverage CWC’s purchasing power to rent or buy equipment to support their operations on the New Terminal.

Executive MBA-style program for M/WBE, veteran-owned and disadvantaged businesses, free of charge, called the Strategic Partnership Program. The six-month program is designed to grow the confidence, capacity and capabilities of small businesses.

Thanks to programs offered by Edgemoor and CWC, diverse business owners have built capacity, grown their teams, acquired new capital and developed the knowledge needed to win contracts on large infrastructure projects.

“The Edgemoor-CWC team has created a culture of inclusion,” said Felder. “All voices being heard, and all having an opportunity to engage.”

Follow the progress of the New Terminal Project at BuildKCI.com. 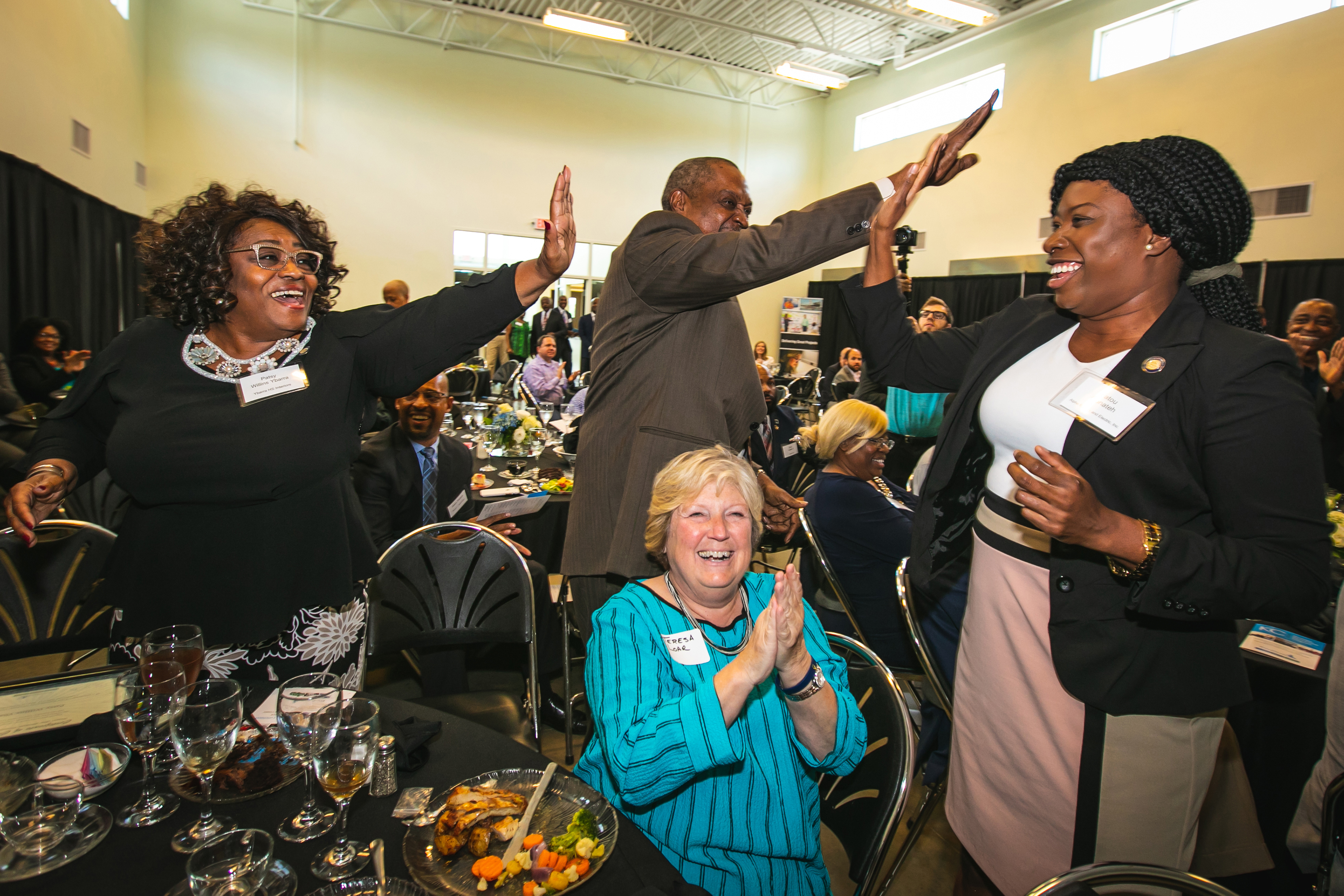