On Thursday, November 10, 2016, University of Kansas (KU) Chancellor Bernadette Gray-Little hosted a celebratory “topping out” ceremony for the new Integrated Science Building (ISB) component of the 55-acre master development of the Central District. The event, attended by the Edgemoor-led project team (including Clark Construction and McCownGordon Construction) included the signing of the "final beam" by Chancellor Gray-Little and key University and project team members, a short Program, lunch, and the raising of the beam.

As Chancellor Gray-Little opened the program, she noted that this Central District project “will fundamentally transform [the] University and the way we educated leaders and conduct research.”

During his own remarks, Edgemoor Managing Director and Project Executive Geoffrey Stricker noted that the unique project will have a huge impact on future generations of students and faculty and that Edgemoor is proud to lead the charge on the University’s public-private partnership that will revitalize the entire Central District.

Clark Construction’s Construction Executive Mark Goodwin, in addition to thanking the entire project team on “an achievement that absolutely deserves celebrating,” also noted that there is still plenty of work to do over the next 18 months to bring the rest of the project to life. Additional elements of the Central District project include: 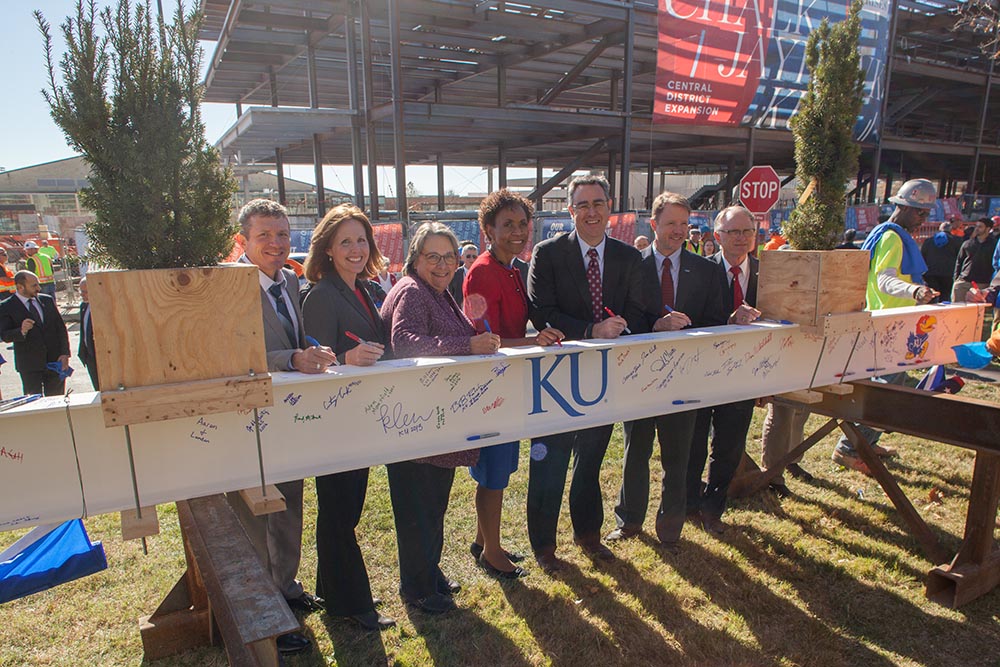