The quality of the building, our team's ability to deliver the project on budget and on schedule, the cohesive partnership within our team and with the client, as well as our innovative project approach has garnered additional accolades, including: 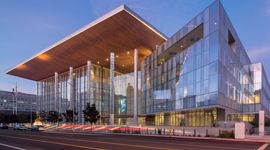